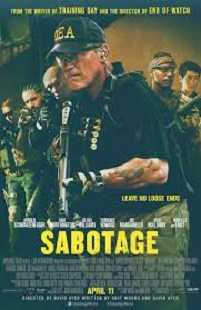 An elite DEA team raids the safe house of a drug cartel and hides $10 million in plumbing. When they go back to withdraw money, he is not there. The team is investigating the disappearance of $10 million. Then after a few months the probe is removed. The team trains together again and then celebrates at a strip club. Then one of the team is murdered. He wakes up in his RV on the railroad tracks. Then another member of the team is hung on the ceiling. The third member of the team is shot in his remote cabin. There is an Atlanta female investigator charged with the murders. After investigating the cartel angle, a twisted truth emerges.